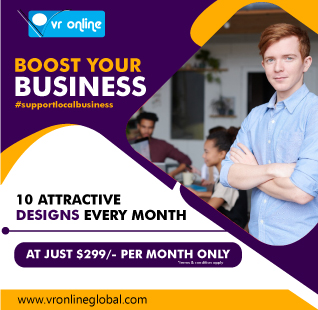 Toronto to Winnipeg is around 2000kms through the Trans-Canada Highway, through the very scenic and mesmerizing beauty of nature.

No one can know the secret of deep water, the womb of the earth, and above the sky, some power that controls it all.

On the road again, this time to explore Canadian prairies. As we arrived at the cottage country, a big group of bikers trolled in front of our car, we were on road together for some time. They formed a chain of bikes, I kept getting mesmerized and saw one biker with braids. I was thrilled to see a female biker. After a few kilometers, we stopped at a gas station and guess what, "The biker gang was all ladies! It had middle to senior aged biker ladies, strong girls dressed in boots, tattooed flaunting, and slaying Harley Davidsons". I wonder how they do it, taking time off their jobs, family, husband, and kids? And that too strong-willed ladies who decided to bike it all together for a memorable road trip, loved it.
Our plan to cover 2000 km in 2 days, Toronto to Winnipeg is around 2000kms through Trans-Canada highway. We left Toronto early at 4:15 am, we like starting early on the highways to avoid the morning rush. By the time office hours started, we were already past the main 400 N. The distance between Toronto and Sudbury is around 4 and hours. We made a few stops for the washroom and coffee, pls note there are no On routes on 400 N just like we have in 401 E towards Quebec. There is only one past Barrie and that's it, after that you have to stop by the gas stations or a convenience store. It's COVID time so we were cautious, surprising all the washrooms on our way were clean and tidy. Make sure to carry enough snacks, water, and even cooked food if you would like. We never carried as much as we carried this time due to the pandemic. We had a cool box in the back and another box for snacks, no cooked food though.

Lake Superior and green mountains on the way from Sault Ste Marie and Thunder Bay. Various waterfalls, lakes, and bays while traveling from Toronto to Winnipeg. We had heard roads to Winnipeg are boring, nothing but a plain highway with trees on the side. No one ever mentioned it was supposed to be like this, for the first time I had not missed Nainital. I have been to Switzerland, Scotland, France, Germany, and Spain but everywhere I have just tried to find a similar version of Nainital as it's always there is me being my birthplace but this time it was something else. Something that I had never experienced before in my life.

There is a great craft store on the highway, Agawa Indian Crafts, make sure to stop by if you are fond of local crafts and clothing. They sell animal fur too and the coffee is free. You can also use their clean toilets, and the staff is very welcoming. Make sure to keep the gas at the half tank, you may not find a gas station for hundreds of kilometers. You may also have to chase a place to stop by and eat, make sure to use the location as and when you find it. Trans-Canada highway is in first nation country and roads are quite deserted, you won't find much traffic or businesses on the way, except when you are passing a town. 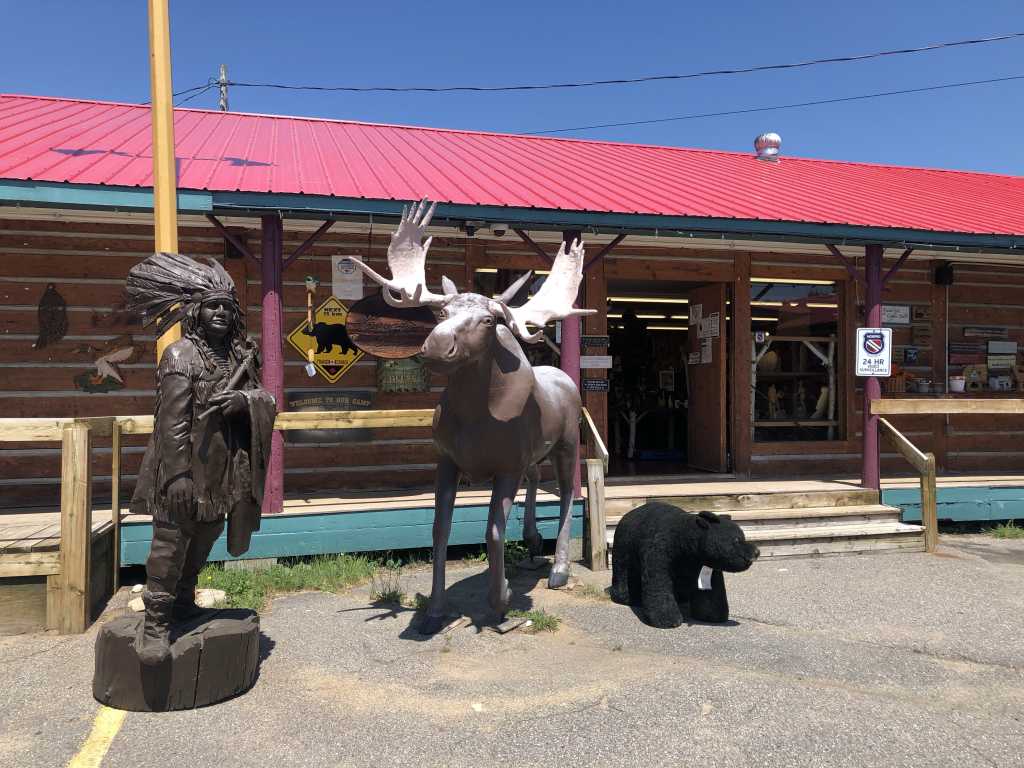 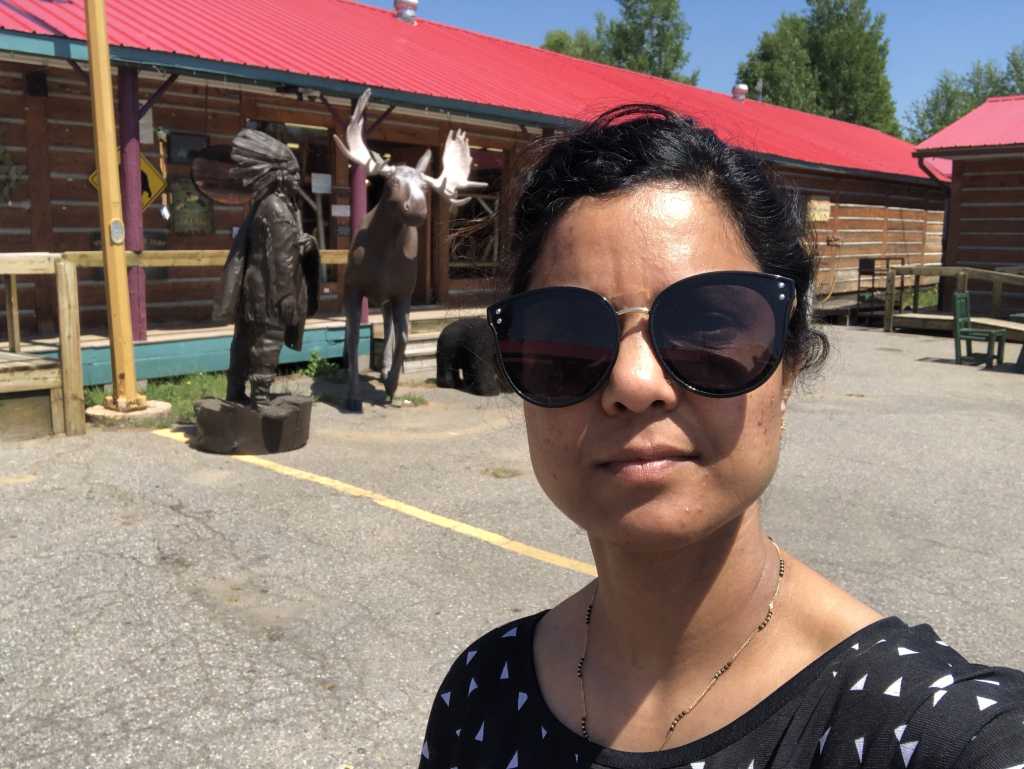 For the first day, we drove for about 15 hours with multiple breaks, its good if you have 2 drivers to drive this long. We made our first stop at Terrace Bay, the halfway from Toronto to Winnipeg when you are driving from Toronto.

Place to stay: We booked The Coach House Motel in Terrace Bay; the room was clean with 2 queen beds to accommodate the family of 4. Clean bathroom, TV, Coffee Machine, Fridge, and Microwave was amongst the amenities in the room. The internet was working fine but the speed wasnt great. The best part is the motel is located right in front of a lake, you can walk to the lake and enjoy the beach. It was quite and calm there, we called to book the room and made sure the rooms are cleaned as per the guidelines during COVID. 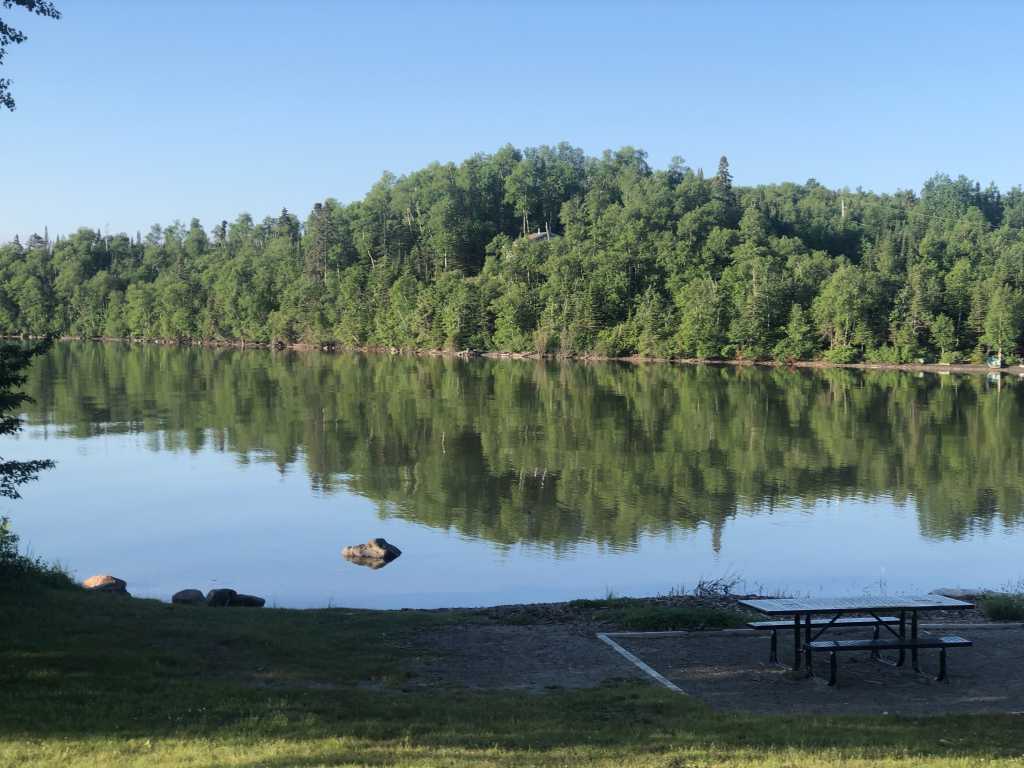 Terrace Bay is also the place where Terry Fox started his run towards Thunder Bay in 1981 to raise funds for Cancer Foundation.

Serendipity is everywhere, in this divine Canadian land. Morning sun combined with cool breeze inspired the mist to release above the water creating a marvelous fairy mist. Trans-Canada Highway is built on the side of Lake Superior, scenic drive with mountains on one side and lake on the other. It is not just the mighty lake, there are hundreds of small lakes alongside Barry to Thunder Bay. Highway with serpentine roads and pine trees to accompany, Lake Superior never ceases to amaze me and provides her majestic glimpse after a few kilometers again. These pine trees stand firm and withstand all Canadian weather, summer is pleasant, but they take pride dressed up in glowing white snow and embrace the winter with joy. They have been here for years, they must be seen so many generations crossing the highway back and forth, some new and some regular commuters. As the years passed the pine trees must have become friends with the surrounding lake and the mother of all, Lake Superior who protects the area. 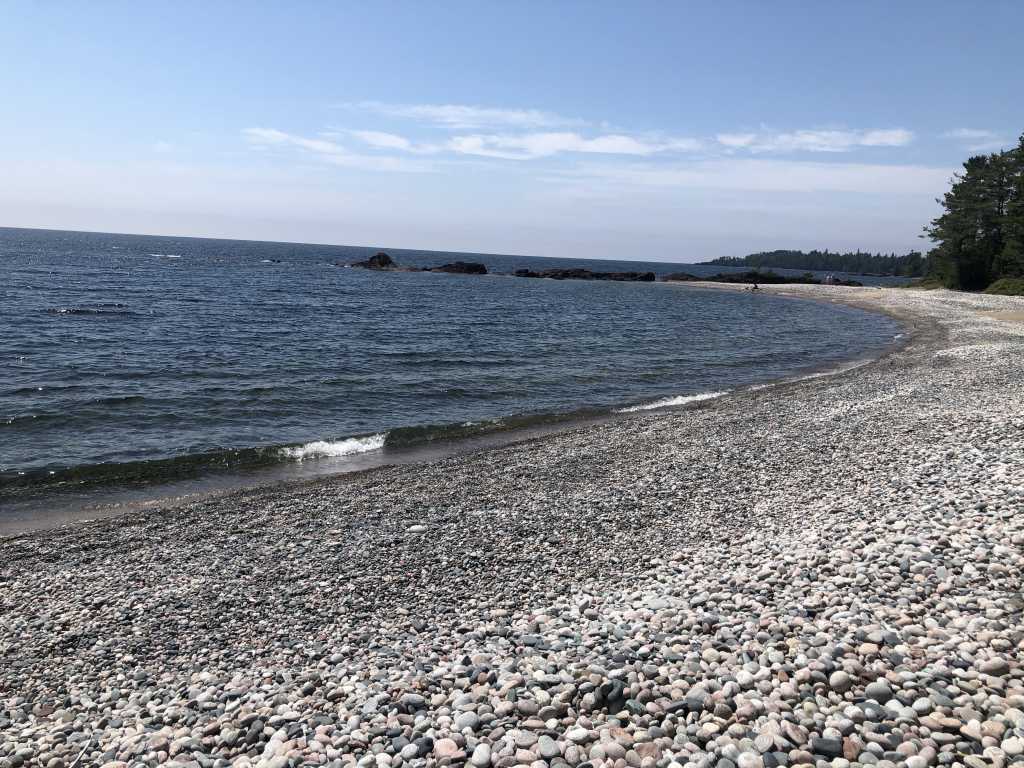 We left around 7 am the next morning and drove another 10 and a half hours towards Winnipeg. Dont forget to stop at Terry Fox Memorial and Lookout at Thunder Bay for a fabulous view. 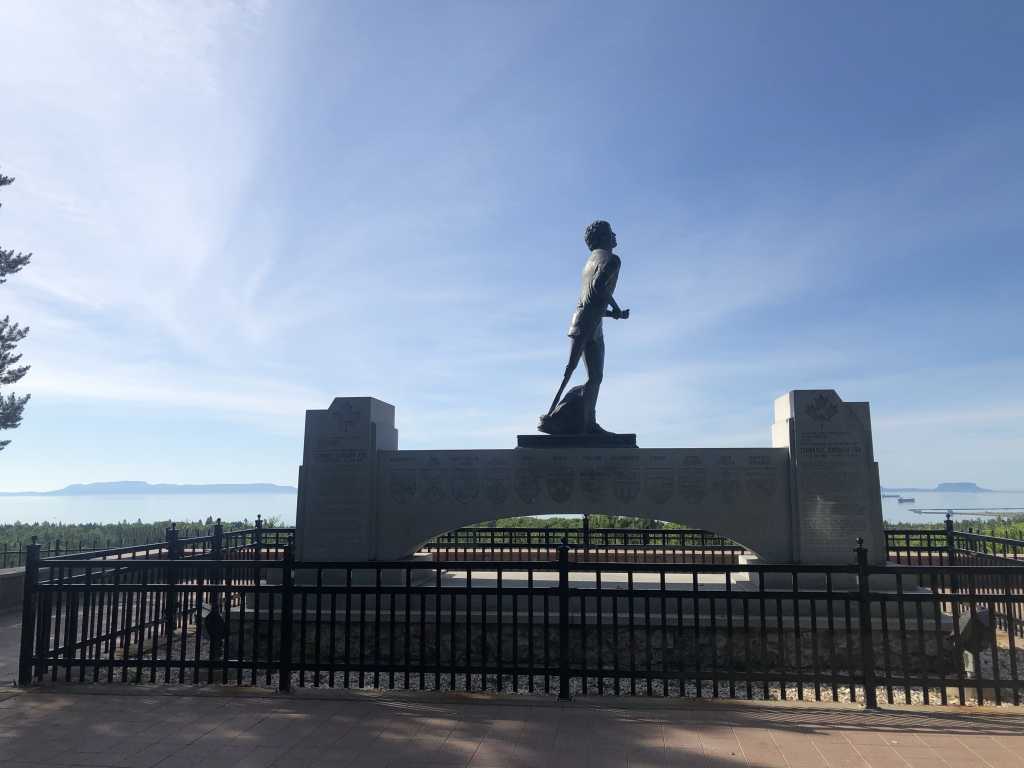 We are crossing a lot of small towns, a town that has only 300-400 people must know each and everyone, overlooking the lakes in the neighborhood. Sometimes we imagine living in these small towns, how will their life be? Would they have a struggle getting essentials? On the other side, we think it could be very peaceful, living in the lap of nature, breathing fresh air and looking at breath-taking views daily, the neighborhood must be filled with friends and family who must support each other. At this point, it looks dreamy to me.

I am guessing the landscape will now change as we would be crossing Ontario and entering Canadian Prairies in a few hours. As we move towards prairies, Canyons are taking over, the lake just showed her presence again but there are many roads on the road to come and explore the Canyons, it also has the longest zip line in Canada. We are still a few kilometers away from Thunder Bay. The landscape is change; pine trees are still around. The area also has Kakabeka falls, a small version of Niagara Falls. We decided we might come back to it while returning, right now the excitement was to meet my family in Winnipeg. After driving the whole day, we reached Winnipeg around 6 pm Winnipeg time.

After spending a few days in Winnipeg, we had to leave with a heavy heart. I went to meet my uncle who was suffering from cancer and he passed away after a few days. I saw him going, it was hard for the entire family. As soon as the funeral was over, I decided to come back home, I didnt want to stay there anymore. So, we drove back in the wake of the dawn towards Toronto, the roads were deserted, we made our first stop at Vermillion Bay at the Gas station on the highway. We stopped by to fill the gas, used the washrooms and there were picnic tables where we enjoyed our morning breakfast. For lunch we stopped at Kakabeka falls for a few minutes as suggested by family and friends, its right on the highway and worth stopping by. 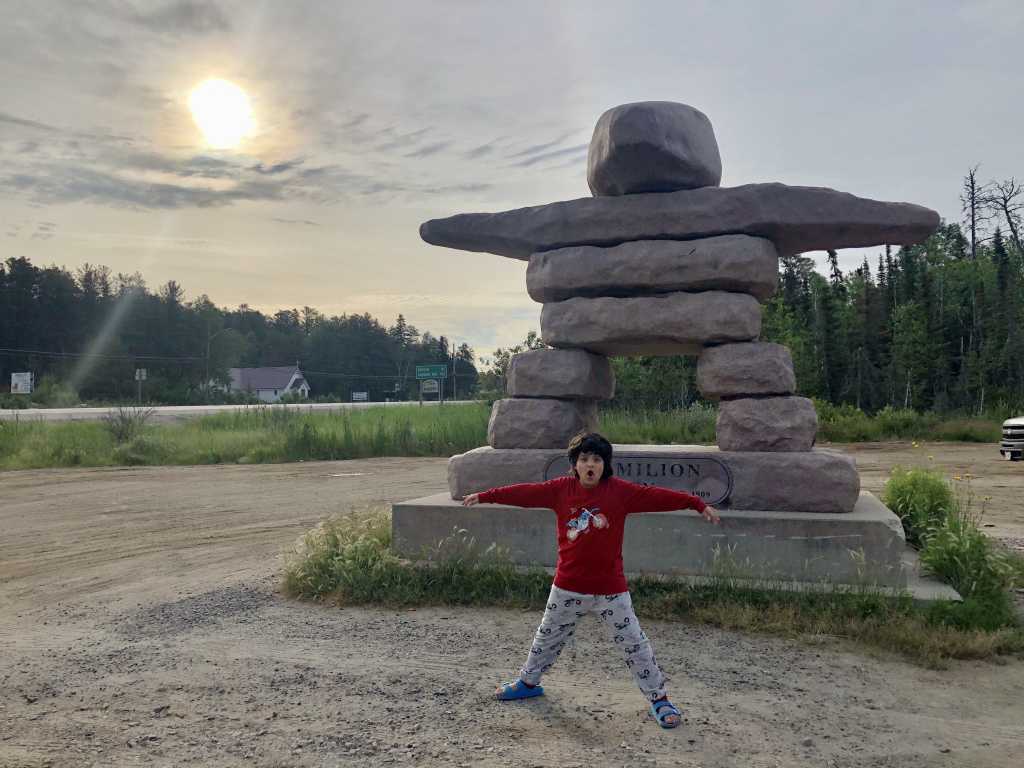 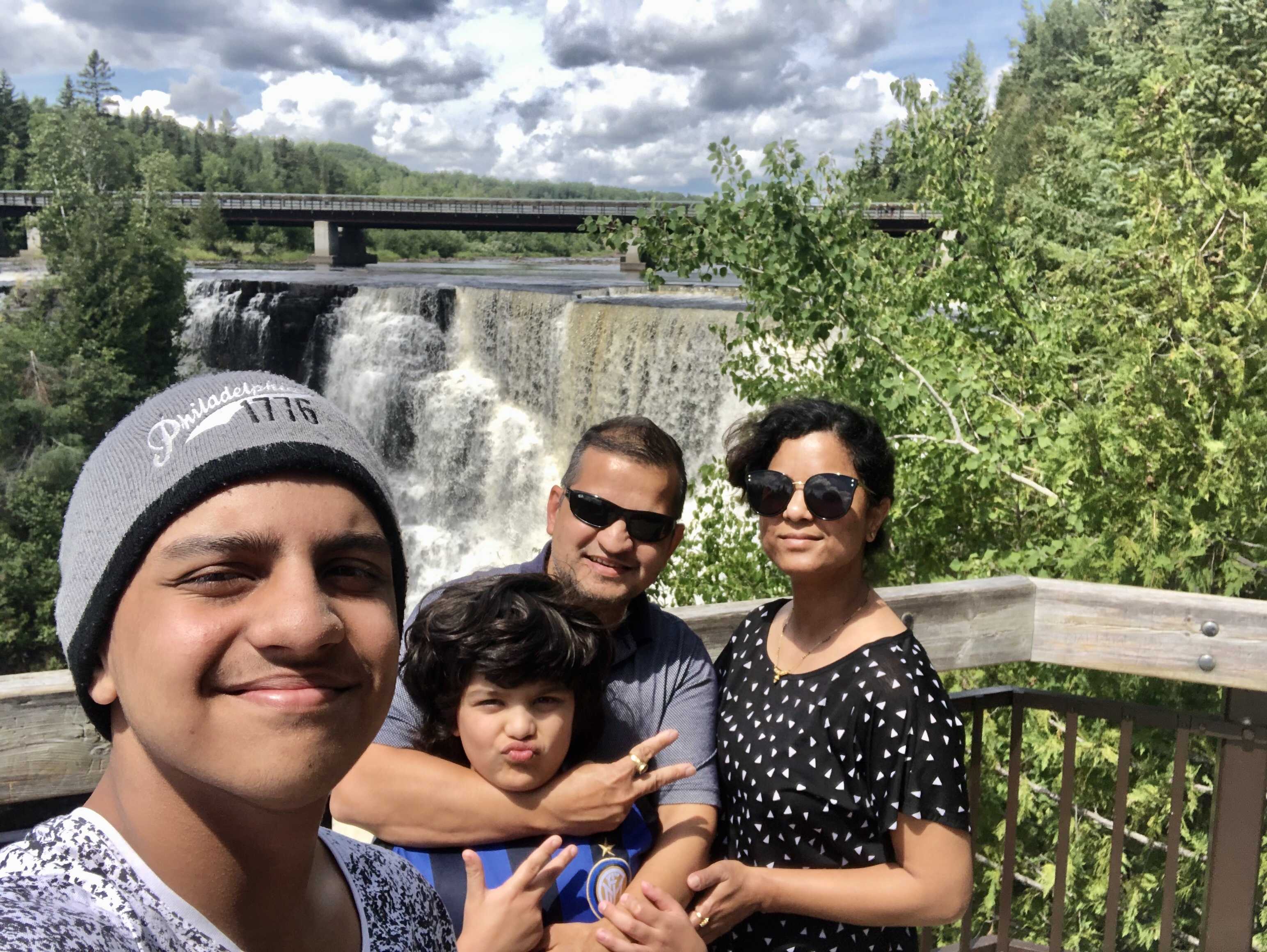 There is another stop, you wouldnt want to miss, Winnie-the-Poohs birthplace at White River. We stopped there just for few pictures, its also right on the highway towards Toronto. We planned to spend the night at Wawa, we wanted to stretch more on the first day so that we dont have much on the second day. 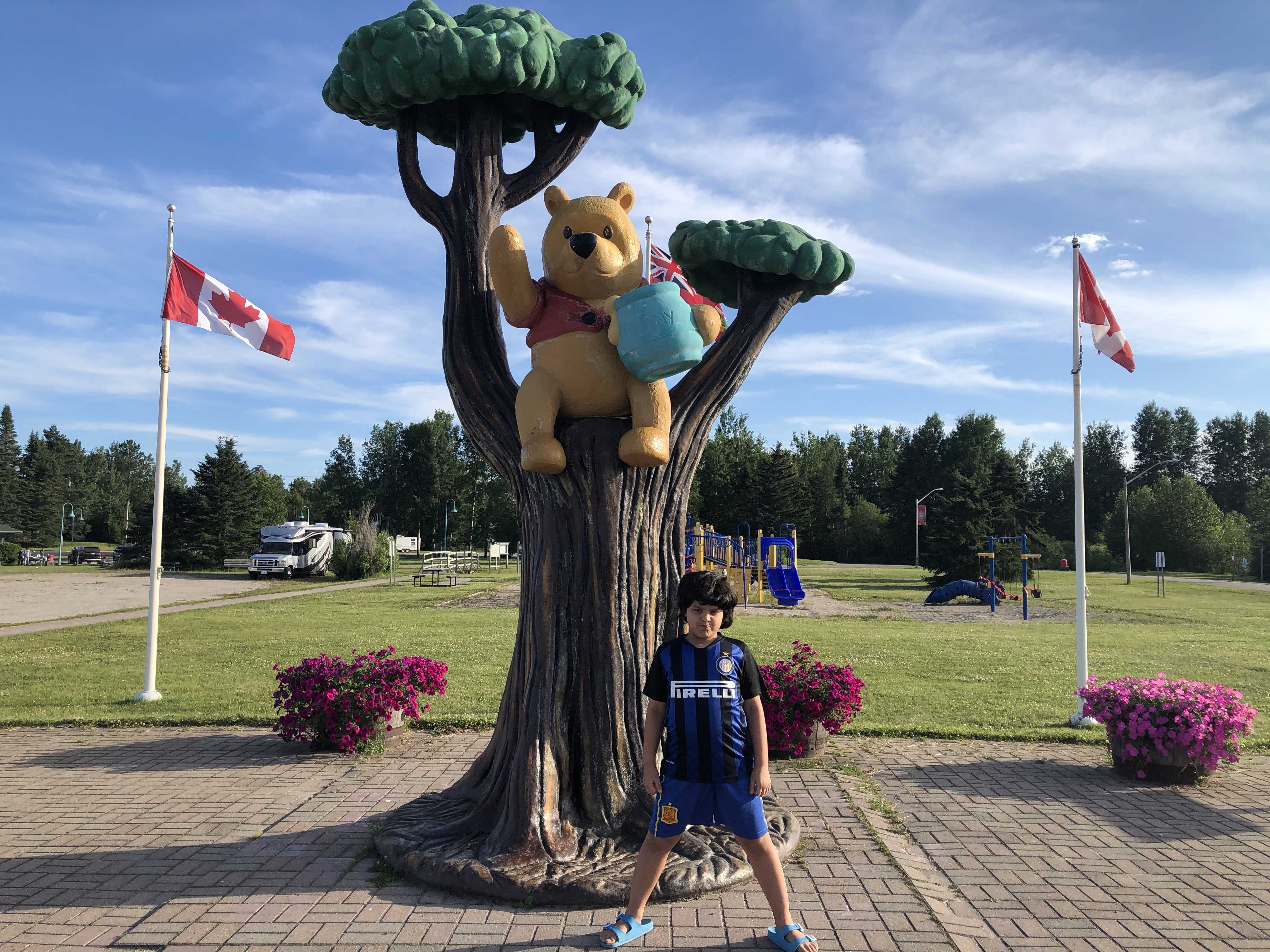 Place to Stay: We booked High Falls Motel Cabins in Wawa, we found it online. The reviews were good. Nestled in the forest High Falls Motel was a treat, we reached there at dusk. The sunsets in summer are after 9 pm, there was a beach and falls nearby but we were too tired to visit any. We checked the room, neat and tidy, clean bathroom, and a towel. The room included a small kitchenette with crockery and cutleries, mini-fridge, toaster, coffee machine, and a microwave. 2 large queen beds to fit all four of us. The board said bears and moose hang out at night, but we missed seeing them. The cabin was perfect for a family vacation if we had more time we could explore more of its surroundings but we were stopping by just for the night and left early morning the next day. 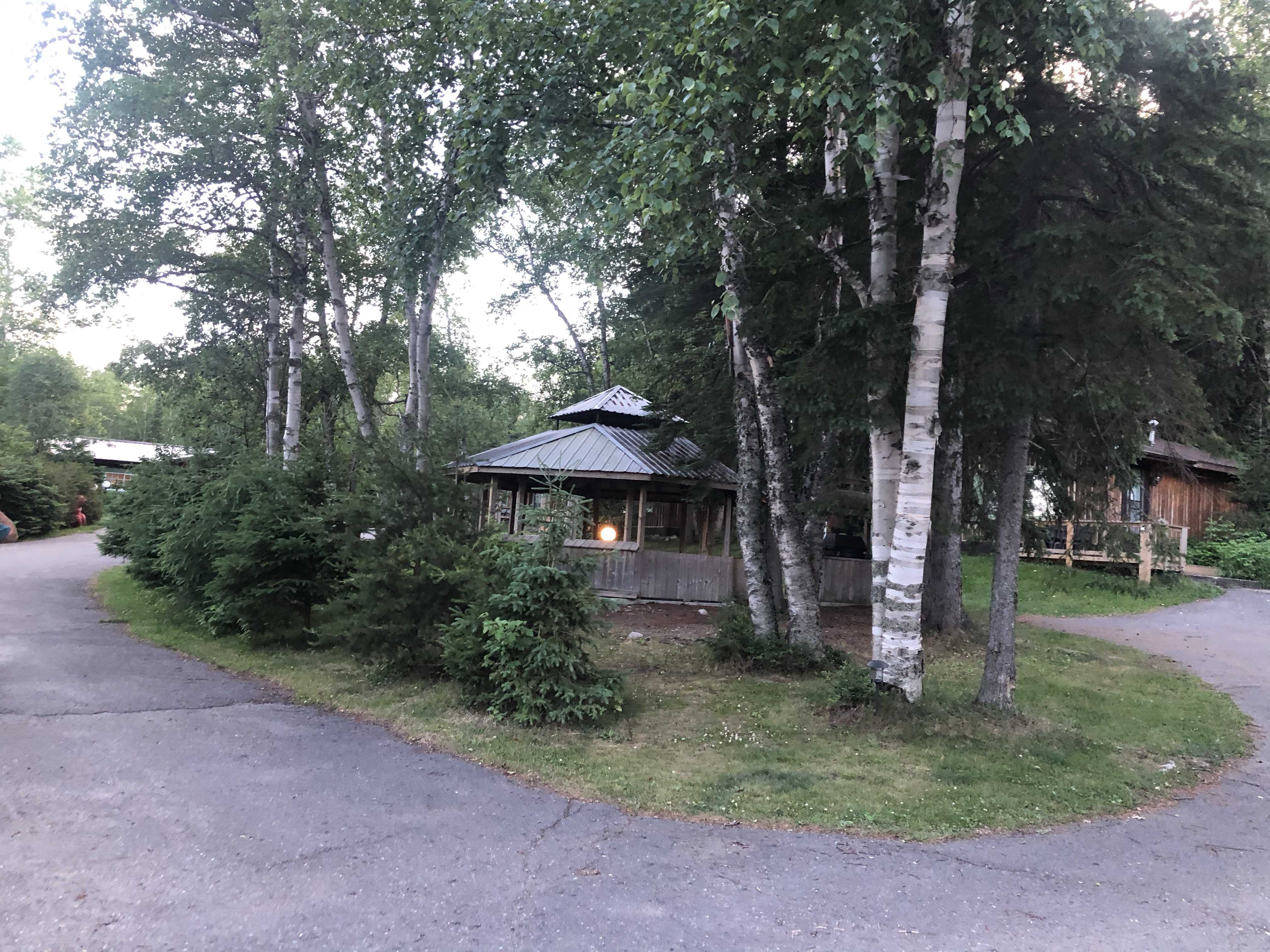 You should fill-up the gas in Wawa as for the next 200 km there is no other gas station. The road goes through the mountains, mostly downhill. The speed limit is 90 km/hr and make sure you are not on cruise control while going downhill, we were stopped by a handsome police inspector just when we went downhill, he said we were speeding but that was because the car was set on cruise control and when it went downhill, the speed increased. Well, he left us with a warning. We drove very carefully after that. We stopped for lunch at Eliot Lake, there were picnic tables on the side of an Information office, there was even a hiking trail to a scenic lookout. We didnt want to hike so we just finished our lunch and used washrooms, clean again, and drove further. 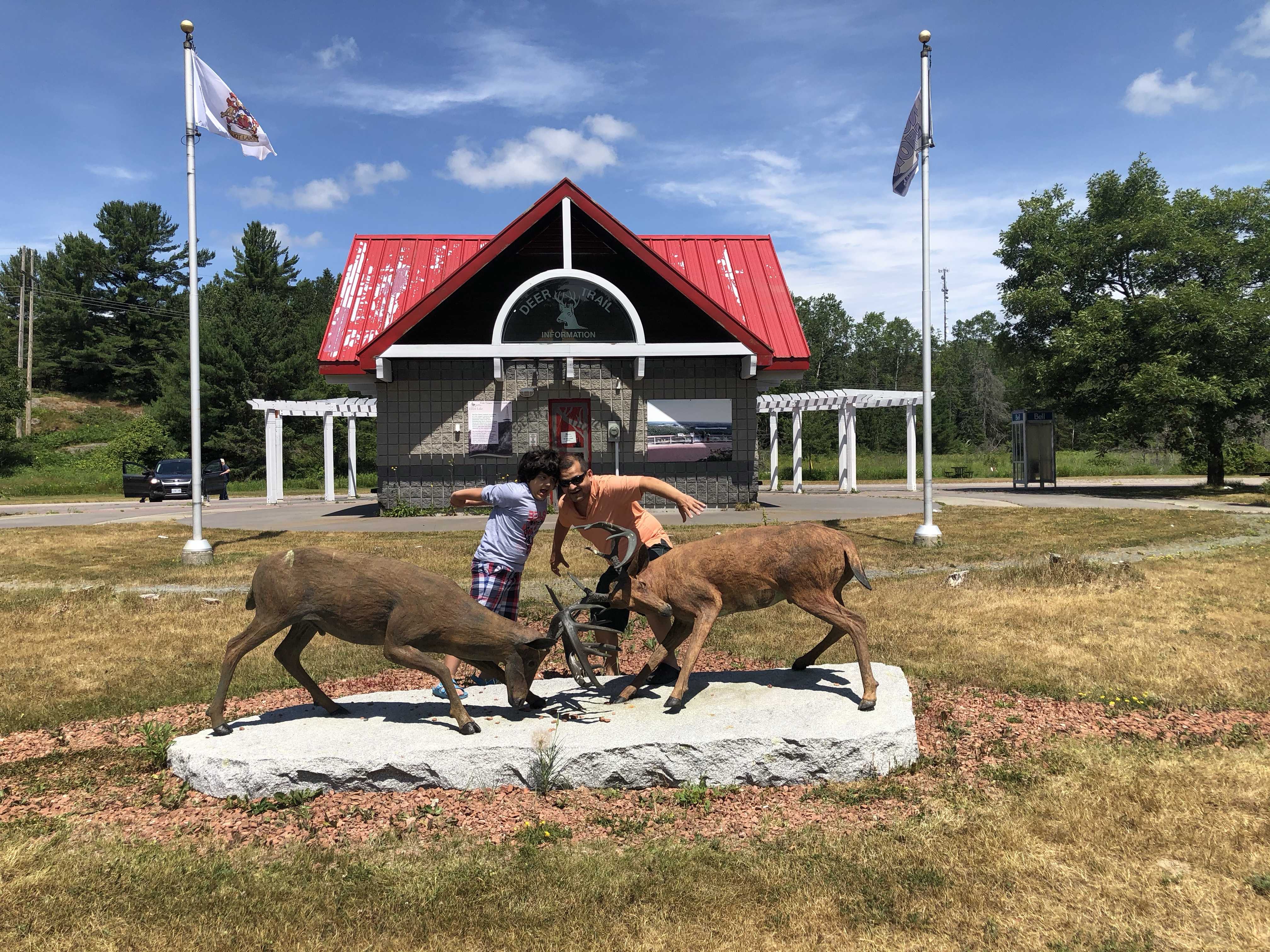 We made a final stop at Parry Sound, known as the cottage country for summer travelers. Our friends always talked about Parry Sound, so we took a detour on the way. It was nice, we stopped by the lakeshore for a few minutes. Parry Sound is only 2 and a half hours away from Toronto, people visit for the day at the beach or to spend a night at the cottage. 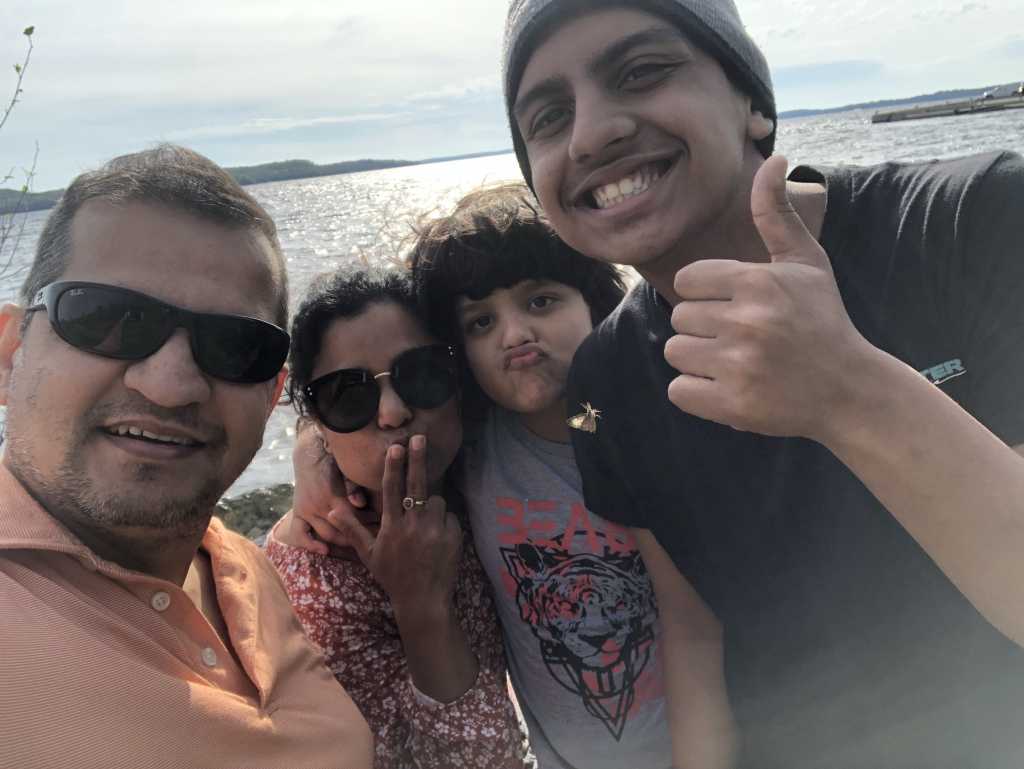 We reached home with many memories from the trip, enjoyed the scenic route, and relished the time spent with the family. I will always miss my mama and hope he is resting in peace!

I have also created a Vlog to show you the videos I had taken during the trip, pls check